Android tool, Animal Xing Designer have been downloaded and used by quiet a number of people, with good feed-backs. However, recently there were some comments where color reduction is not working well. I was thinking of adding different type of color reduction algorithm, but found out there were problem in existing algorithm while reviewing source code. 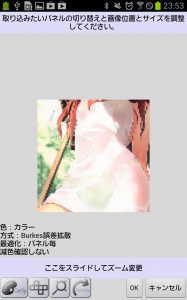 result as follows in v1.31, where image data is mostly gone. 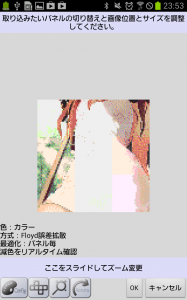 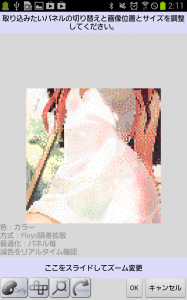 I first thought problem is in dithering algorithm, so I’ve added Sierra2, Burkes, and Stucki method (originally using Floyd-Steinberg). I’ve left added methods so users can have more options, but hard to see the differences between different dithering methods… 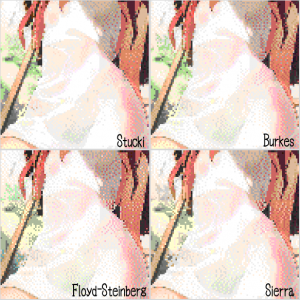 This site hopefully provides useful information to developers. Please be sure to double check before applying / using code, circuits, and other items before use. There may be incorrect, outdated, or unusable / mistaken information. I do not take any responsibilities for any kind of failures or problems that may arise.

Any cookies that may not be particularly necessary for the website to function and is used specifically to collect user personal data via analytics, ads, other embedded contents are termed as non-necessary cookies. It is mandatory to procure user consent prior to running these cookies on your website.